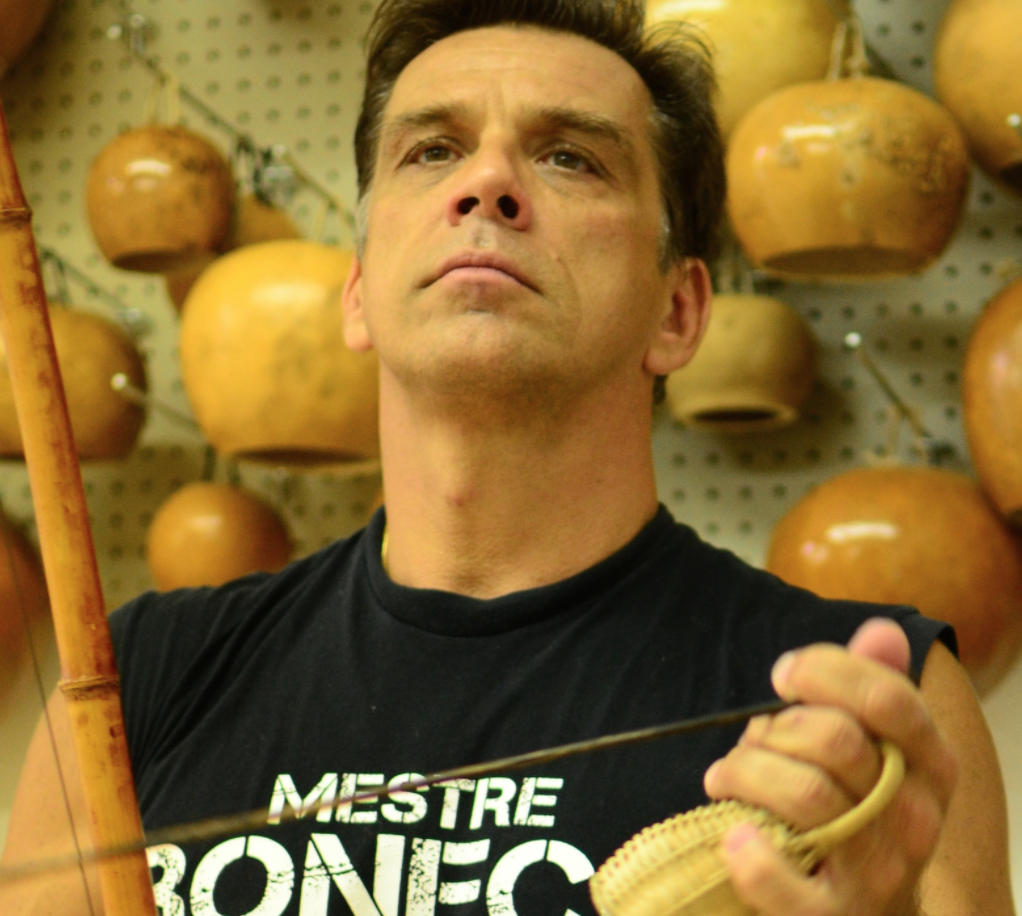 Mestre Boneco (AKA Beto Simas) began training Capoeira at the age of eleven with Grupo Senzala in Rio de Janeiro, Brazil under the tutelage of renowned Capoeira innovator, Mestre Camisa.  As a young man he travelled throughout Brazil training, performing, and making a name for himself in the Capoeira community.  He travelled to Europe, the United States and Asia participating in Brazilian cultural shows and teaching.

In 1989, after 19 years of dedicated training, he was recognized for his outstanding achievement in the Capoeira community and awarded his black belt by a council of Brazil’s most distinguished masters.  Mestre Boneco’s black belt is also recognized by the Brazilian Capoeira Federation.  After receiving his black belt, Mestre Boneco, along with Mestres Paulinho Sabia and Paulão, founded Capoeira Brasil, an organization that would later become one of the largest Capoeira groups in the world.

Mestre Boneco’s 40 plus years of experience includes teaching workshops in the world’s leading universities, presenting seminars and talks at many international fitness and cultural conferences, and the production of over 30 international Capoeira festivals.  Teaching is his passion!  Today he supervises over 80 graduated teachers with programs in South and North America, Australia, Europe, and Asia.

Mestre Boneco and CBLA have been featured on CNN, FOX news, ABC, NBC, KTLA, Telemundo and Univision news shows.  He was featured on “Extra Hollywood” and VH1’s “Hollywood’s Hardest Bodies.”  In print, Mestre Boneco and his group have graced the pages of Men’s Fitness, SELF, and The Los Angeles Times.  And in the entertainment industry, Mestre Boneco has choreographed and trained actors for various motion pictures, national commercials, and stage productions.

In 2013, Mestre Boneco made a move back to Rio to continue his work in the Capoeira community where he was raised.  He produced and hosted an eight part documentary series on Capoeira around the world and focuses his time and energy on his non-profit organization:  Projeto Ginga Brasil. 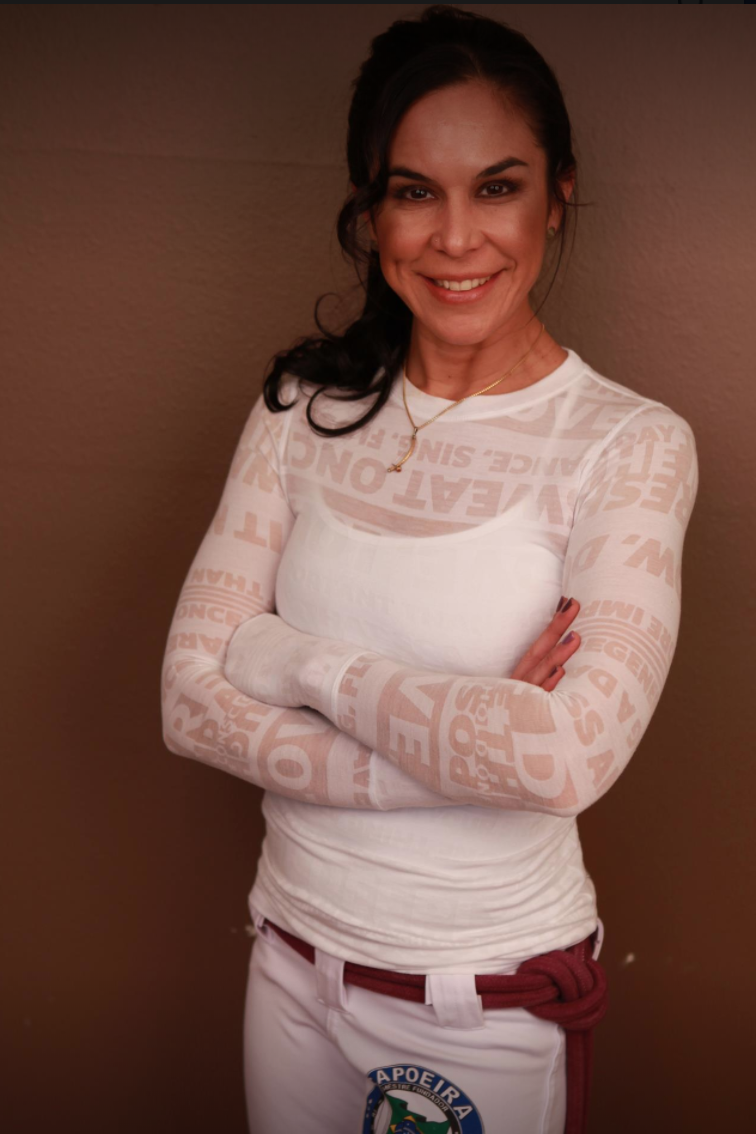 Jessica Carla de Lima-Moran AKA “Pavão,” has been a capoeirista for 19 years, training and teaching under world-renowned Capoeira master, Mestre Boneco of Capoeira Brasil Los Angeles (CBLA). She is managing director and lead teacher at CBLA West in the Mid-City area of Los Angeles.

In addition to teaching and performing with Capoeira Brasil, Pavão produces the group’s annual International Capoeira Festival, works mentoring youth and travels extensively teaching and training throughout the world. She has participated in and taught at countless seminars, conferences, and Capoeira graduation ceremonies. Pavão also writes extensively about Capoeira, and lectures on the history, origins, and development of the art.

Beyond Capoeira, Pavão has also worked as Regional Coordinator for the nationally recognized Summer Night Lights program, a project of the Gang Reduction Youth Development Office (GRYD) of Los Angeles. As a result of her work with Capoeira and youth in the community she has become a fierce advocates for at-risk youth.

Formanda Pavão has a Bachelor of Arts in English from the University of California at Berkeley. She received her title of ‘Formanda’ and was awarded her brown cord under Mestre Boneco in September 2017. 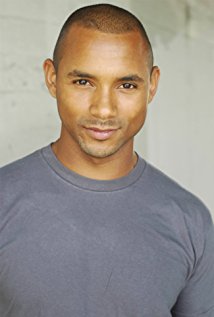 Sean Anthony Moran AKA “Chegado,” has been involved in the Capoeira community for 19 years. He trains and teaches under the guidance of world-renowned master, Mestre Boneco of Capoeira Brasil Los Angeles (CBLA).

Chegado, and his wife/ teaching partner, Pavão co-manage CBLA West in the Mid-City area of Los Angeles and lead the school’s team of teachers. In addition to teaching and performing with Capoeira Brasil, Chegado produces the group’s annual International Capoeira Festival, works mentoring youth and travels extensively teaching and training throughout the world. He has participated in and taught at countless seminars, conferences, and Capoeira graduation ceremonies.

Beyond Capoeira, Chegado is a classically trained actor, veteran of Will & Company, a multicultural Shakespearean theatre group and a touring facilitator for Playfair Inc. Chegado has been in countless commercials, television shows, stage productions, and films. Most notably, he played Private Sean Fike in James Cameron’s 2009 release, “Avatar” and is returning in the 2020 release of “Avatar 2”. In 2015, Sean starred in the faith-based feature film, “Dead Man Rising” and in 2017 wrote, produced and starred in the indie film “Beat DWN.”

Formando Chegado is a graduate of the American Academy of Dramatic Arts. He received his title of ‘Formando’ and was awarded his brown cord under Mestre Boneco in September 2017.

Currently, he focuses his energy on training, teaching his students at CBLA, working with at-risk youth, and traveling to Capoeira conferences, seminars, and events around the world.

Kristin Scheimer AKA “Ouro” has been training Capoeira under Mestre Boneco at the Bencao Brasil Cultural Center/Capoeira Brasil since 2001.  In addition, she works as the Office Manager of the Bencao Brasil Cultural Center/CBLA.  She, along with Formandos Pavao and Chegado, organizes and runs the group’s annual International Capoeira Festival.  She is also the director of the group’s Capoeira Choir.

Outside of Capoeira, Ouro is a screenwriter and singer.  She has a Bachelor of Arts in History from the University of California Los Angeles.  She received her title of ‘Graduada’ and was awarded her blue cord under Mestre Boneco in September 2016.